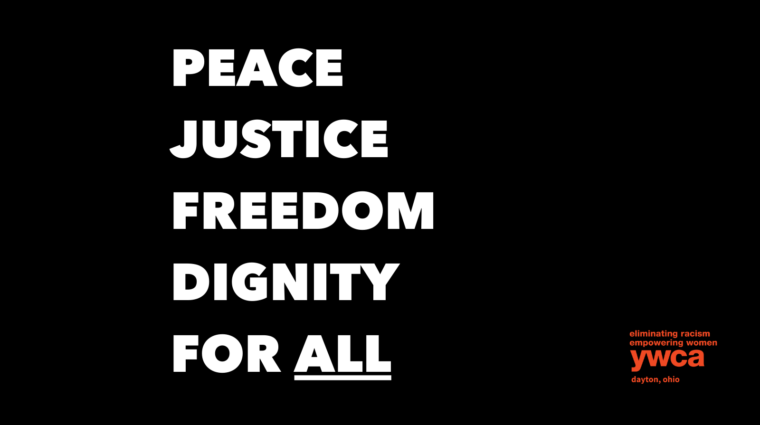 On April 20, the verdict in the trial of former Minneapolis police officer Derek Chauvin for the 2020 killing of George Floyd was announced. Shannon Isom, president and CEO of YWCA Dayton, has issued the following statement in response:

“The jury’s conviction of blatant violence from a position of power is justice and accountability in action. Black lives matter; George Floyd’s life mattered. And in conviction, the jury allowed his memory to, finally, breathe.

But let us be clear: this is not a celebration, and these are not isolated incidents. YWCA Dayton joins our voices with those rallying across the country to call for an end to police violence against Black and brown communities. We condemn carceral violence; we believe in peace, justice, freedom, and dignity; and we demand change.

You might think you are too tired to bear any more weight – let us carry it, together. For more than a century, YWCA Dayton has stood up, shouted out, and supported communities, even when – especially when – the work is heavy. We will continue, no matter what, until justice, just is; not just today, but always, for all.”