Your greatest weakness can provide strength

HomeYour greatest weakness can provide strength
A- A A+ 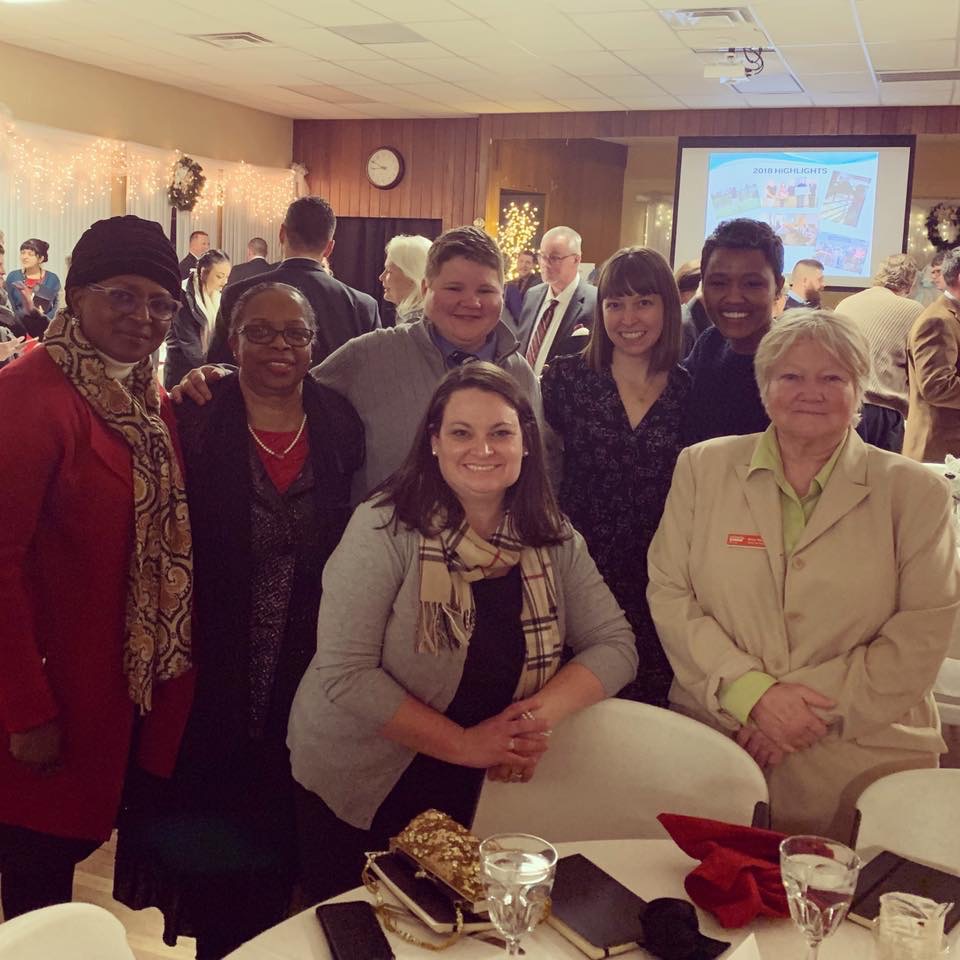 Courtney Griffith is YWCA Dayton’s Preble County Manager. She graduated from Eaton High School and then completed her Bachelor of Science in psychology at Wright State University. She started working at YWCA Dayton on Oct. 7, 2013, which makes this year her 6-year anniversary with the organization!

How did you find out about YWCA Dayton? I had just moved back to Eaton from Denver and I was attending the Pork Festival Parade where I was handed a YWCA Dayton hotline card. Soon after that, while looking for a case management job, my sister, who worked for the HIT Foundation, told me about YWCA Dayton and the shelter case manager position that was available.

What is one major project you are working on at YW? The Transitional Housing (HomeShare Preble County) program. We were awarded a grant through the Office of Violence Against Women which will go toward starting a Transitional Housing program in Preble County. I am VERY excited about this because we currently don’t have any transitional housing programs in Preble County. Transitional housing is the best type of housing program for our clients because it allows them to have time to heal, go to school, obtain a job, and become self-sufficient. We are currently busy with getting the facility ready, hiring for a case manager, and updating policies and procedures. We are quickly moving along and will start providing services by the new year. This program will be a vital resource for our clients and their children. I have also just found out that we will be awarded another grant through the Office of Violence Against Women that will expand our rural services in Preble County and will fund two brand-new positions, Rural Prevention Educator and Rural Advocate!!

What has been the best part about working at YWCA Dayton? Learning, growing, and the people. I started out as a case manager with minimal knowledge of domestic violence. Working for YWCA Dayton has allowed me to expand my knowledge in several areas. I have grown as a leader and have been given the opportunity to move up to my current position. I love our mission, the work we do, and the people I work with.

What would you change about yourself if you could? I don’t know if I would change anything about myself because even my greatest weakness can provide strength in other areas.

What is your favorite thing about your career? I love that I get to do so many different things within my position. As the Preble County Manager, I not only manage the operation of the Preble domestic violence shelter, but I also work as the liaison between all other YWCA Dayton programs and Preble County. I manage a business office, do outreach, assist with special events, work with donors and volunteers, help with finding new funding sources and writing grants, sit on committees and boards, facilitate new partnerships, and work toward furthering our mission in Preble County.

What should people know, but usually don’t, about YWCA Dayton? A: It’s not the female version of the YMCA. B: We are more than just a domestic violence service provider. We provide services that align with our mission of eliminating racism, empowering women, and promoting peace, justice, freedom, and dignity for all.

What is a hidden talent or skill you have? I honestly don’t have a hidden talent or skill. This isn’t a talent or skill, but I pick up/rescue dogs a lot. Most of them have been while I’m driving and I’ll see them wandering in the streets or around a neighborhood where they don’t belong. While I was working at my previous job, we traveled around the U.S. and I rescued 3 dogs along the way. Just last week, on my way to an evening meeting, I rescued a 14-year-old Chihuahua in the middle of a very busy country road and was able to get him back home safely. I’ve picked up at least 10 dogs, plus one kitten. I’ve been lucky to have been able to locate most of their owners. I just can’t stand to think of a pup without food and shelter.

If you could live anywhere, where would it be? Honestly, Dayton. I’ll be moving back soon and I just can’t wait. I absolutely love working in Preble County and will continue to be dedicated to our rural strategy, but Dayton is wonderful!!