The wholeness of us

HomeThe wholeness of us
A- A A+ 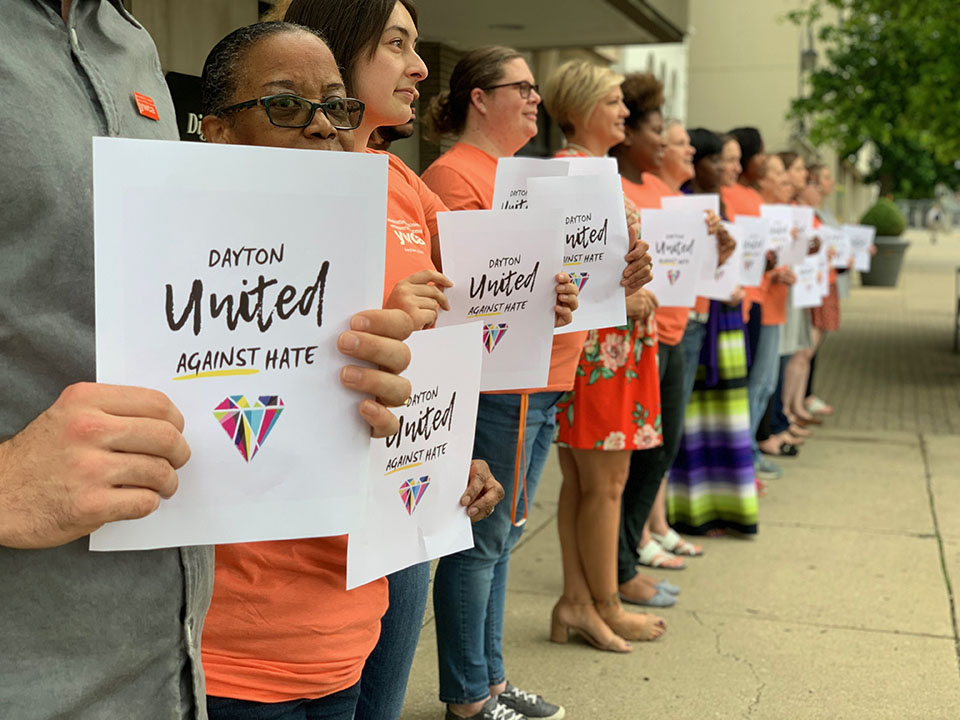 This essay is part of our 21-Day Racial Equity and Social Justice Challenge during Week 4: Community Impact – Hate, Discrimination, and Healing. It is written by YWCA Dayton’s President and CEO, Shannon Isom, and is part of the Dayton United Against Hate response to a Ku Klux Klan-affiliated rally scheduled for May 25 in downtown Dayton.

We know this because we know that all of us are a part of us. The strength of us is built in the whole of us. Women before us – from all different backgrounds, from different hues, from different diverse perspectives – stood together because we understood that our very health, our very greatness, our very dependency relied on each other’s goodness and reflection of each other.

The abolition and suffrage movements of the 1800s were intertwined; they were not separate as they are today. It was because women knew that one woman’s place could never be fully recognized without the voices, the confluence, the synchrony, and the amplification of ALL women.

So it goes to stand that the YWCA, who has also been in this work since the early 1800s, was at the forefront. We were pressing social movements for more than just voting rights and civil rights; but for all women to be looked upon as women. That YWCA Dayton, in 1889, was the first organization to say that Black women were women, and that that was a reflection, therefore, of all women and the wholeness of us.

Today, we know that hate groups are not the ultimate problem; they are a visible manifestation of the underlying rot. We have to remember that the roots of justice are intertwined, as are our paths forward. We are going to see the elimination of racism. I stand on that because Sojourner Truth stood on it. Even if you feel exhausted. We have to believe that. We have to be bold. We have to be on a mission to raise our voices, together, into a collective call for truth. And that work, that must-do work, is what YWCA Dayton has done for nearly 150 years; and it’s what we’ll continue to do, until we’re all connected.