The pain is harder to clean

HomeThe pain is harder to clean
A- A A+ 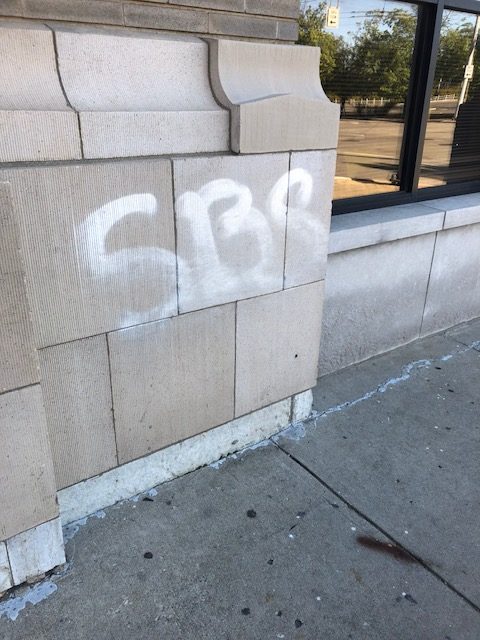 Shannon Isom is president and CEO of YWCA Dayton, the oldest social service organization for women in Montgomery and Preble counties. Since 1870 it has been on a mission to eliminate racism, empower women, and promote peace, justice, freedom, and dignity for all.

The spray paint came off easily.

During weekend protests across downtown Dayton, YWCA Dayton’s physical structure sustained little damage. Outside of a small montage of trash, a few tags of graffiti were sprayed on windows and the façade.

I thought about leaving it there. Maybe even putting a frame around it, an inscription that pointed to what some call lawlessness, destruction of property, criminal behavior – Yes;  all of that’s true.

Rioting is, in fact, criminal behavior. And yet, it is also pain, anger, trauma, constraint, powerlessness, and the physical attempt to take control over something – sometimes anything, like the side of a building.

The act of rebellion is nothing new; the yearning to fight when all options are exhausted is a tactic that has been used many times before, even 244 years ago as the yet-to-be-united states would not show obsequious compliance to our then-British government. To what some considered the oppressor of freedom, of voice, of thought, governing – more than anything – individualism. We used to be ruled. Do you remember? These stories are our beginning and our sustenance; they are taught and even celebrated; as we fought to protect our unalienable rights. But even then, those rights were never for bodies that inhabited black skin.

Everyone now knows George Floyd’s name; but, there are countless others who have been killed and brutalized by the hands of the police, by the feigned terror of a white woman, by the silence of people who deem themselves ‘not-racist.’ Countless. Google it.

YWCA Dayton will not and cannot condone acts of violence and weaponized power and destruction of any kind. We condemn the killing, the looting, and the trauma that is inflicted on black men, black women, and black communities. We stand in solidarity with YWCA Minneapolis and YWCA St. Paul knowing we cannot give up our lofty mission of eliminating racism.

The spray paint on our building can be easily washed and trash can easily be removed; but, the pain and anger in which these acts are rooted cannot be healed unless they are seen and heard. That has to be addressed. The pain is harder to clean.

We ask that you focus less on the physical destruction and take this time to look at the human toll it takes to be black in this country, state, and city. YWCA Dayton mourns with the family of George Floyd; and with all of the families that are less whole simply because they are black.

We are dedicated to eliminating racism, empowering women, and promoting peace, justice, freedom, and dignity for all. Be an ally with us: