HomeStudent philanthropy program benefits YWCA Dayton
A- A A+ 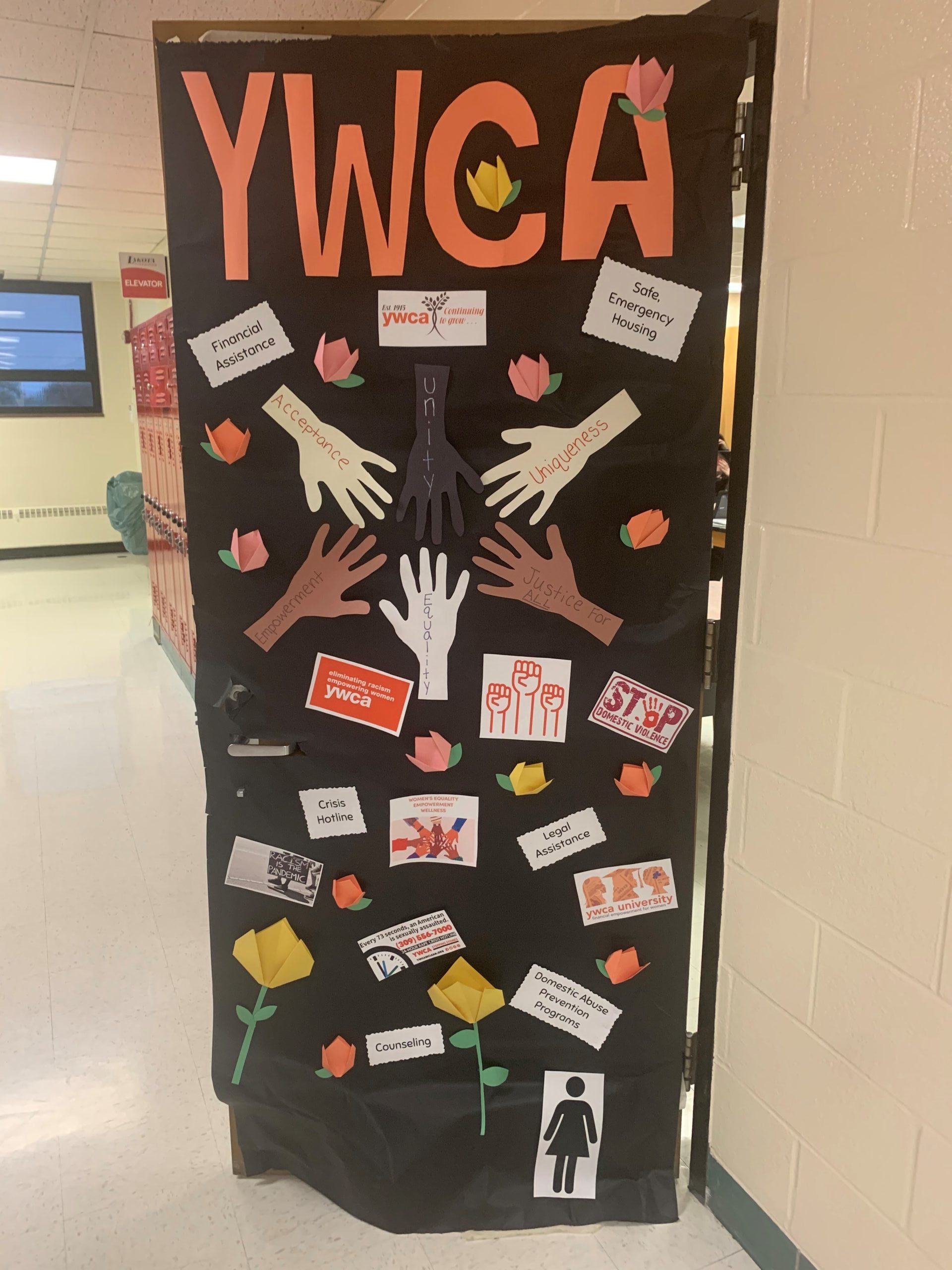 Teachers at Lakota West High School have YWCA to thank for receiving pies in the face this spring – and they couldn’t be happier.

The messy – but tasty – endeavor was all part of a youth-led initiative to raise awareness of, and funds for, YWCA Dayton. Based in Cincinnati, Magnified Giving is a nonprofit aimed at educating, inspiring, and engaging students in lifelong philanthropy. The organization gives students resources to fundraise for their chosen charity, and Lakota West students didn’t waste time setting up a week of action in support of YWCA Dayton.

Activities included a door decorating contest (featuring YW’s signature shade of persimmon), a “guessing jar” with trivia facts about YWCA, in-school candygram deliveries, and yes: a pie-in-the-face competition. YWCA Dayton was also selected as a Magnified Giving nonprofit by a student team at James N. Gamble Montessori High School; in total, YWCA Dayton was awarded a second and a first place, respectively, and received more than $2,100.

Students were charged with researching area nonprofits, choosing one whose mission matched their personal passions, and then presenting to a panel of judges, who then chose the winning projects.

“It was a really great experience,” said Kendra Herber, an English teacher at Lakota West. “You get to watch the students mature and learn real-world skills that they’re going to use later in their lives.”

Nana Achiaa Donkorr, one of the students from Lakota West, said they learned a lot more than anticipated about the organization.

“With injustices that we see today in society, and we saw YW and how committed they are to their mission of eliminating racism and empowering women, we knew it was the organization we wanted to support. We hope this helps to support their work, especially for children in their domestic violence shelters, and we are grateful to have been a part of this,” she said.

Gamble student Jymere Brown agreed: “Our world now is full of violence and injustice, and we need to be intentional about working together to end these problems. YWCA also gives students a way to give back to the community through volunteering and their youth programs. We know that together, we can spread justice and equality.”

“We always ask, ‘What does the world we want to live in look like, and how do we get there?’ This program gives students the power to invest in that change, from a young age, and we hope that sparks them to continue philanthropic efforts into adulthood so that vision can be realized,” Oehler said.

Want to get involved in giving back to YWCA Dayton? Learn more HERE.