HomeRising up
A- A A+ 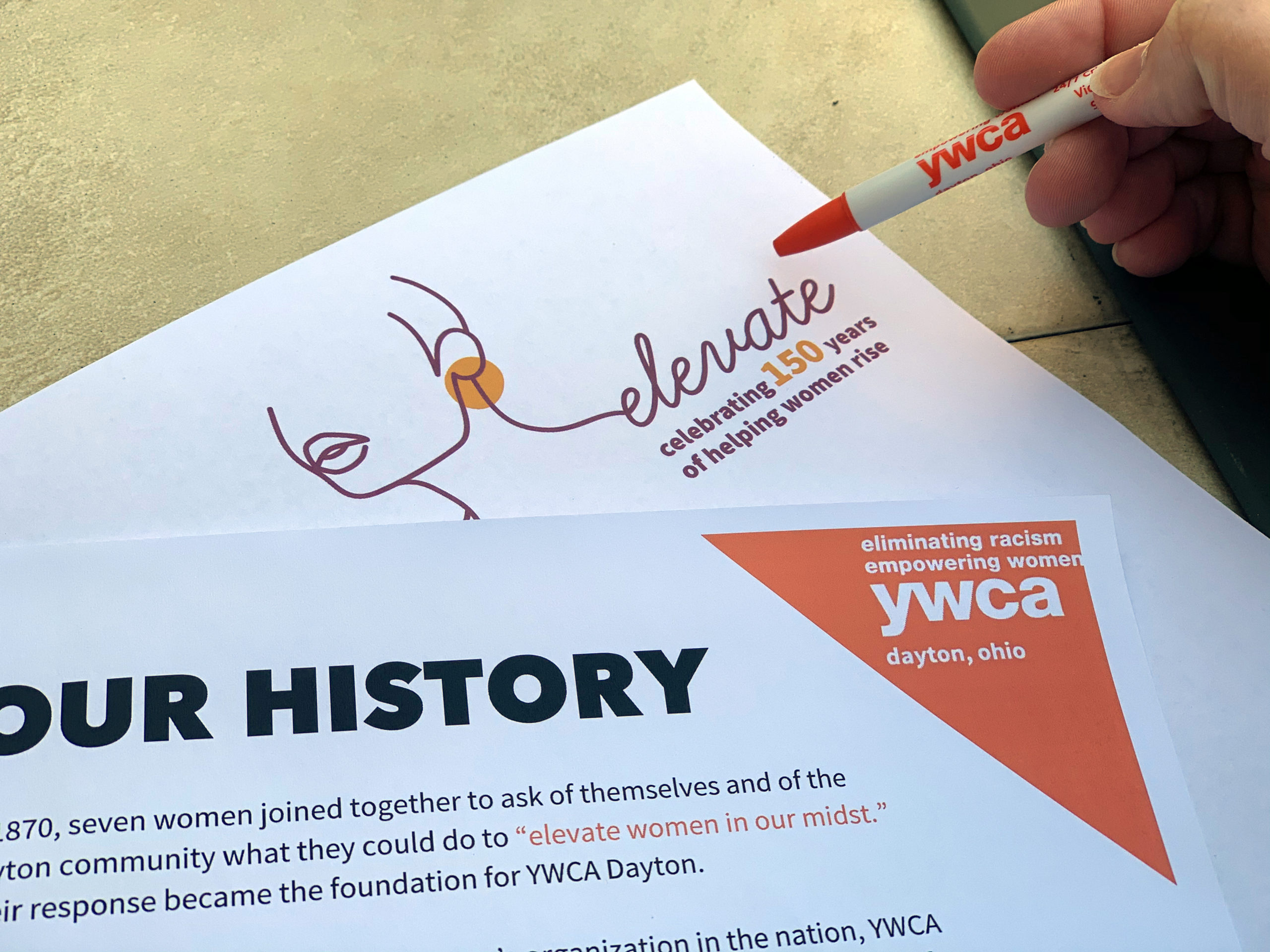 When seven women, gathered in a small church basement in Dayton, Ohio, in 1870, asked each other how to “elevate women in our midst,” they likely didn’t think their efforts would still be helping women rise 150 years later.

This modest group began YWCA Dayton, a local stalwart that is now part of the world’s largest and oldest multicultural organization for women. During the past 15 decades, an estimated 2.5 million women and families in the Miami Valley have benefited from YW assistance and resources.

“For 150 years, YWCA has served as a convener of women’s voices, lifting up their needs, triumphs, and challenges so that together, we all rise. So as we anticipated celebrating this incredible milestone, we wanted graphics that encompassed that spirit,” explained Audrey Starr, director of marketing and communications.

Enter Savannah Rank, a graphic designer and native Daytonian who now calls the west coast home. She gifted YW its 150th logomark, noting that “pro bono work comes pretty easy to me when I believe in the organization – and I stand behind everything that the YWCA advocates for.”

In 1886, YW petitioned the Ohio General Assembly for “better legal protection for women against assault.” Today, YWCA Dayton provides the only domestic violence shelters in Montgomery and Preble counties.

In 1889, we opened the country’s first YW branch for Black women and girls; president Susan Winters wrote that “We are the only association in our city organized for the relief of women and children, caring for them without regard to color or nationality.” This year, more than 6,000 participated in YW’s third 21-Day Racial Equity and Social Justice Challenge, and staff testified at local, regional, and state hearings to declare racism a public health crisis in Ohio.

And, YWCA Dayton has led the way in service delivery through an intersectional lens – recognizing that all women cannot be fully empowered as long as some still experience racial injustice and discrimination.

“At its core, the YWCA mission is to advocate for an end to discrimination against women in every sphere — economic, political, and social,” Starr said.

That mission matters to Rank, who hopes its elements are reflected in her work.

“Eliminating racism and empowering women means fighting for diversity, respect, and equal opportunity for all women. Personally, as an Asian-American woman, it means everything,” she said.

“The design of this 150th logo is simplistic by nature. I wanted it to be stripped down and clean, because I’ve always thought you could say a lot with a little. This woman represents all of the strong, beautiful women — chins up, raising their voices — who have been advocating for other women in the greater Dayton area for generations. She is elegant and graceful, yet bold and confident. I want people to feel that when they see it.”

Looking back also provides opportunities to move forward, and Rank hopes up and coming young leaders are also inspired by YW’s legacy.

“I lacked so much confidence when I was in college; I felt indecisive and worried about my future,” Rank said. “My advice to girls considering a career in design is to DO IT. You can say so much and you can use your voice in such amazing and unique ways through design. Find your people, your support group, who will love you, challenge you, and affirm you along the way. If it weren’t for a handful of really talented, encouraging people who helped me grow in my own confidence, I wouldn’t be pursuing what I’m doing now.”

As Starr put it: “YW’s approach goes beyond changing hearts and minds. We want to transform communities; systems; public policies. We want all women to rise, and to elevate those around them. We can’t wait to see where the next 150 years will take us.”