HomeRemembering former President and CEO, Donna Audette
A- A A+ 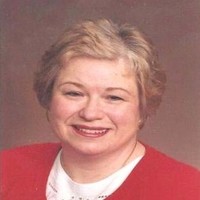 As CEO of YWCA Dayton from 1997 through 2007, Donna Marie Audette served during a pivotal time: from welcoming a new century and the organization’s first-ever website to expanding its housing and youth programs and increasing the agency’s revenue by more than 25 percent. It is with sadness, but also fond memories, that we announce her passing on Oct. 29, 2021.

A native of Minneapolis, Minn., Donna first lived in Dayton for about 10 years prior to moving to Lansing, Mich., where she finished her bachelor’s degree in public administration at Michigan State University and was the executive director of Michigan Literacy Inc. Audette joined YWCA Dayton in September 1996 as director of housing and supportive services before taking on the CEO role in February 1997, a position she held for the next decade.

A 2005 Dayton Daily News article described her in this way: “Donna Audette is someone for whom community activism is more than a calling – it’s a way of life. Her entire being is devoted to the welfare of women and children…She ensures that her time is not only spent interfacing with professional groups in Dayton, but also on the playground with the YWCA children or in the Teen Services area with troubled teens.”

During her tenure, Donna also served as president of the YWCA Great Lakes Alliance, a regional collaborative of more than 60 YWCAs. She was a member of the board of the Dayton Area Chamber of Commerce, the Executive Committee of the Montgomery County Family and Children First Council, the EPI Foundation, the Ohio United Way, and the Executive Committee for Women in Leadership. She was a regular volunteer for WORDS radio and as a reading mentor for Dayton Public Schools, and served as a foster parent for more than 15 years.

“I met Donna when she came to work at YWCA, and we shared so much in our 10 years working together,” said Marleen Milkis, former vice president of day care and teen services. “Great changes happened to the YWCA nationally, and we were a part of that. When she was tapped for CEO, she struggled because she said it gets lonely at the head of an organization. But that never happened for Donna – her door was open to all. We worked as a team as we fought for the elimination of racism and empowerment of women.

“Donna made sure ALL employees had opportunities to learn and grow, becoming more inclusive and knowledgeable in our mission. She had a gift to make people smile. I will miss her telling the story of ‘Prinderella and the Cince.’ Donna was my ‘spirit friend’ at YW and that continued after our days there. After every meeting Donna and I had, she would say, ‘Onward ever…backward NEVER…’ I like to think that is what she is doing, moving onward. Rest in peace, Donna.”

Her brother and sister-in-law, Gene and Marjorie Audette of Saint Paul, Minn., wrote: “After many successful years as the CEO, including being lauded as a Dayton Daily News Ten Top Women, Donna and her husband answered an invitation to migrate to Albuquerque, N.M., where she took on similar responsibilities with the YWCA Middle Rio Grande. The idea of spending their later years in a warmer, dryer climate was enticing.”

She served in that capacity for several years, increasing cooperative ties with other nonprofits working to advance women and their families. One effort, among many, gained local press attention when she introduced the Men in Heels fundraiser that had previously been a success in Dayton, too, by being both a fundraiser and an awareness-raiser for the YWCA’s programs and role in the regional community, with a parade that traveled down Central Avenue – also known as the famous Route 66 – in the center of Albuquerque’s entertainment district, linking to the University of New Mexico.

Patti Schwartentruber, former executive director of Artemis Center, shared these memories: “Donna helped me acclimate to my new role, and we shared experiences. Upon her move to Albuquerque, we became even closer friends through emails, calls, and frequent visits. What I remember most about Donna was her quick wit, her abounding generosity, and her ‘can do’ attitude. She will forever be in my heart.”

Later, when the state office of the American Red Cross asked Donna to join them, she couldn’t refuse, and took on the position of senior manager for crisis response, a role with statewide responsibilities.

“She had just started the job when historic forest fires ravaged northwestern New Mexico,” explained Gene. “She coordinated the Red Cross disaster relief program to address the human toll the fire was taking on residents and the locale, and worked with state and federal program staffs to manage the crisis.”

After that, Donna move to retirement – sort of, her family reports. “She wasn’t able to just ‘retire,’” said Gene. “She volunteered for training as a substitute high school teacher for the Albuquerque Public Schools, working by choice in some of the poorer schools. She enjoyed the work, but ‘took no sass’ from the teenagers in her rooms, she said! She also volunteered with the local Society for the Blind to make recorded readings of the local newspaper early each Sunday morning. She had to be awake by 4 a.m. and at the studio by 5 a.m. – coffee cup in hand – to do the reading as soon as the print edition was released. Donna being Donna, she soon was asked to be group coordinator, which then led to supervising the whole show.”

By intent, there was no published obituary, but her family notes that she was surrounded by those closest to her in her final days. “Gradually, health issues started getting in the way over the past three years, including a couple of minor heart attacks, increased difficulty walking, and finally end-stage kidney disease, which took her life. From March 2021 on, she was aided by skilled health care facilities up to her passing the early evening of Oct. 29, 2021. Her husband of 40 years, Dr. Philip Frisk, sang love songs from their courting years to her as she slipped away. She was 74 years old.”

We would love to hear your memories of Donna; send them to us HERE. You can also make a memorial tribute gift in her name HERE.