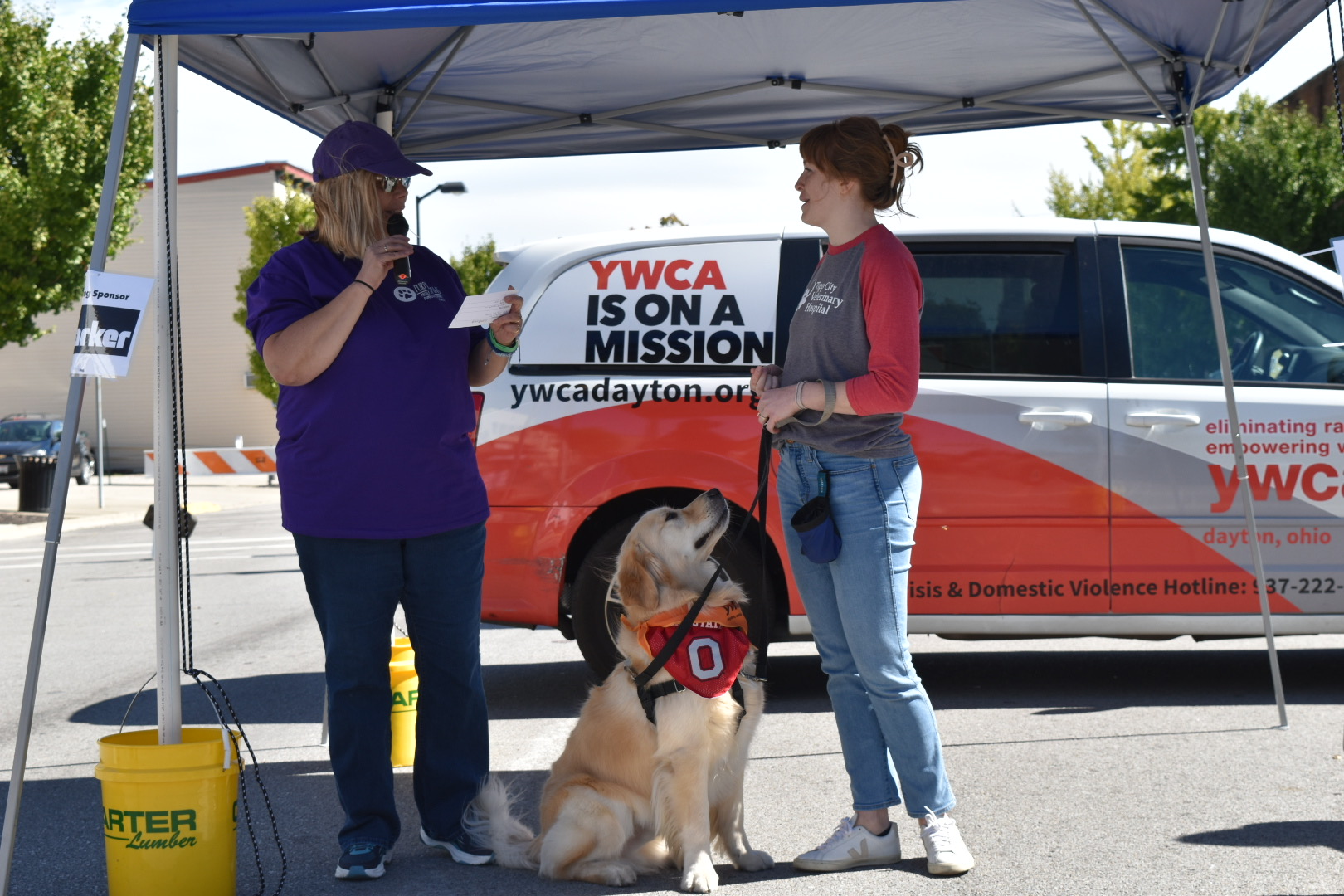 The annual fundraiser and pet showcase, which was held Oct. 1, is the only fundraiser at  YWCA Dayton that exclusively support Preble County services. This includes the county’s only domestic violence shelter, rape crisis center, crisis hotline, and other housing and prevention services.

“This is huge for our Preble County services. All these funds will stay in Preble County, whether that is for shelter, outreach or housing,” said Miranda Armstead, rural advocate with YWCA Dayton.

The community support soared past last year’s fundraising milestone of $13,320, which at the time was the record.

Armstead said many thanks go toward the event sponsors and the dedicated volunteers who made Purple Paws possible. Additionally, this was the first year that Purple Paws was held in partnership with Downtown Eaton Inc.’s Fall Food Truck Fest & Craft Show, which boosted awareness and attendance.

In 2022, YWCA also celebrated the two-year anniversary of our transitional housing program in Preble County.

It is a two-year transitional housing and supportive services program that helps survivors of domestic violence and/or sexual assault achieve permanent safety and stability as they move from emergency shelter to independent living. This year the transitional housing program has served seven women and seven children.

The pet-themed fundraiser also serves to highlight the strong links between domestic violence survivors and their pets.

But, YWCA Dayton can help. The nonprofit partners with local agencies who house the pets of the survivors while they reside in Preble’s domestic violence shelter.

“We commonly see clients not wanting to come into shelter because they are afraid they will have to leave their animals behind. However, we have partnerships that can take pets and keep pets safe,” Armstead said.

Many clients are able to visit their pets regularly, helping them move through the healing process more quickly.

Did you miss Purple Paws? You can still donate online any time to help our Preble County services. Any amount helps.