HomeNews & EventsSpecial HappeningsBlack History Month
A- A A+

In 1889, YWCA Dayton became the first YWCA to open a branch for African-American women and girls. A sewing club founded by a group of Eaker Street African Methodist Episcopal Church women started the branch, calling themselves W.C.A. No. 2. Susan Bates Winters, YWCA Dayton’s first president, noted, “I believe we are the only association in our city organized for the relief of women and children, caring for them without regard to color or nationality.”

From the strength of a few in the 19th Century, it grew to a thriving site in the 20th Century with housing, an employment bureau, a community cafeteria, a Y-Teen program, educational and social classes, and more.

Today, we continue advocating at the intersections of gender and racial discrimination, noting as Audre Lorde did, “I am not free while any woman is unfree, even when her shackles are very different from my own.”

Jennie (Fearing) Cox was born Oct. 29, 1883, in Washington, D.C., and moved to Dayton in 1906 shortly after marrying Dr. Lloyd H. Cox, Dayton’s second African-American physician. A teacher by trade, Jennie was named president of the West Dayton YWCA in 1918, served as a member of its board of management, and was a YWCA conference delegate many times. She served as organist for St. Margaret’s Episcopal Church for many years. Jennie also founded the Garden Path Club and was still serving as its president when she died in September 1933 at the age of 49. Her daughter, Reba Cox Gaston (1916-2017), was named a YWCA Dayton Women of Influence honoree in 2006. 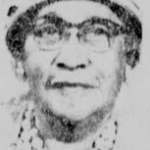 Frances Bertie Ellis – affectionately known as “Moms” – was a longtime West Dayton YWCA executive and volunteer worker in area social agencies. A native Daytonian, Bertie was born Aug. 26, 1887, and was the daughter of Rose Willis, one of the founders of the West Side YWCA in 1889, the oldest African-American YWCA branch in the U.S. She was a graduate of Steele High School, Dayton Teachers College, and the University of Chicago.

Bertie served the West Dayton YWCA for nearly 30 years: she was chairman of the management committee, chairman of the membership committee and then director of membership, employment counselor, and industrial secretary, retiring in June 1946. Outside of YW, she helped establish the Linden Center and directed women’s activities there for several years, and was a charter member of the board that organized the Senior Citizens Center. 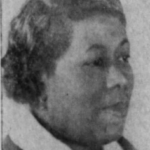 Mabel M. (Tibbles) Evens was born to A.L. and Lily (Jenkins) Tibbles on May 6, 1890, in Jamestown, Ohio, but was a resident of Dayton for the greater part of her adult life.

She married Oscar W. Evens on July 12, 1931, at Zion Baptist Church in Dayton. At the time, he was a carpenter, and she was employed as a cook. (Oscar was born in 1876, the son of a slave, in Evansville, Tennessee. He moved to Springboro, Ohio, in 1895. At his death in 1961, he was a retired superintendent of maintenance and construction for the H. and G.L. Coleman Co. He was an active leader with the West Side YMCA, which partnered for many years with the West Side YWCA.)

As a life member of YWCA Dayton, Mabel served in many capacities, including: treasurer of the Industrial Girls Club, chairman of the Membership Committee, nine-time secretary of the Management Committee, member of the Public Relations Committee, and co-chairman of the West Side Building Campaign. She became the first African-American woman to serve on the YWCA Dayton Board of Directors, beginning her tenure in 1932 and eventually serving as second vice president. In 1946, she served YWCA USA as a member of the National Committee’s Board of Election; three years later, she chaired its Central Region Nominating Committee.

In 1969, the Dayton Daily News wrote: “She’s given a lifetime of honorable service to the YWCA and to her community. She’s a great lady and a strong, intelligent force in West Dayton.”

Jessie (Scott) Hathcock was the first African-American woman to graduate from the University of Dayton, earning a bachelor’s degree in education in 1930. She went on to serve as an English instructor, guidance counselor, and dean of female students at Dunbar High School, retiring in 1964.

She was a longtime West Dayton YWCA volunteer and Board member, charter member of the Dayton Council on World Affairs, founded the Dayton and Miami Valley Committee for UNICEF, and was a charter member of the Beta Eta Omega chapter of Alpha Kappa Alpha Sorority, serving as its first president in 1934. In 1978, she received an honorary doctorate from the University of Dayton, the first woman in the university’s history to achieve this honor.

She was a founding member of YWCA Dayton’s West Dayton branch, organized in 1889 as W.C.A. No. 2. She served as the branch’s president for more than 25 years and was its management committee chairman in 1945.

Growing up, Higgins lived with her great-grandmother, Charity Davis Broady, who was among Dayton’s earliest Black residents when her family arrived in 1802 from Louisville, Kentucky. Broady worked with abolitionist Sojourner Truth and attended the Woman’s Rights Convention in Akron, Ohio, in 1851, made famous in part by Truth’s “Ain’t I A Woman” speech. Charity and her husband John were active abolitionists who served as conductors on the Underground Railroad.

Fugitive slaves would hide in the Broady home before slipping into the First Wesleyan Methodist Church next door, where church members provided them with shelter, clothing, and food before steering them toward freedom in Canada. The church – known as the Mother of Dayton’s Black churches – was organized in 1840 by the United Daughters of Zion, a group of five Black women that included Broady. First Wesleyan became the epicenter for the Underground Railroad in Dayton and later served as the city’s first school for Black children.

Higgins followed in her great-grandmother’s footsteps and was an advocate and fierce leading voice promoting Black educators and community service. In 1912, she became active in the Dayton Woman Suffrage Association (DWSA), a white women’s suffrage organization. The DWSA was unique in that they actively sought the cooperation of Black women, as well as immigrants and working-class women. Under Higgins’s leadership, Black women worked the suffrage booth on Mondays, gave speeches, and organized community gatherings.

Higgins also served as matron of the Holloway Colored Orphans’ Home and was an elected officer of the Colored Citizens Protective League. (Later called the CCPA, its work mirrored the work of the NAACP.) An accomplished nurse, Higgins was a founding member of the Unique Study Club, which formed a Black chapter of the American Red Cross following World War I, making her the first Black Red Cross nurse in the Dayton area.

Higgins died Dec. 14, 1955, and her funeral was held at Sacred Heart Catholic Church, the first for an African-American person in that church. She is buried in Woodland Cemetery. 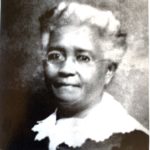 Mary M. (Hamlin) Shaw was born in 1858 in North Carolina, Mary (Hamlin) Shaw moved to West Elkton/Gratis, Ohio, in Preble County, at the age of 4. She was a founding member of the West Dayton YWCA branch when it began in 1889, championing its first building fund drive and serving as president for nearly 20 years combined.

She served as president in 1918, when the branch was formally affiliated with the central association, and was then named first vice president of the West Dayton YWCA’s committee of management for life. Shaw also participated in the National Association of Colored Women’s Convention at Wilberforce in 1924 and was widely known through her interest in church and “W.C.A.” work. 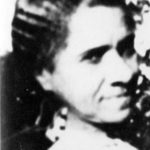 Louise Troy was born in Xenia, Ohio, the daughter of Virginia slaves. She began teaching in Dayton in 1878 – when schools were segregated by race – at the Tenth District School. When schools were integrated in 1887, she was the only Black teacher retained. She remained the only Black teacher in the public school system for many years, so all young Black women seeking teacher training in the early 1900s were sent to her for practice. When she retired, she had spent more than 48 years in the classroom. Today, Louise Troy PK-8 School (which opened in 1957) is named in her honor.

A charter member of the West Dayton YWCA, she was instrumental in the fundraising drive that resulted in the purchase of a building at West Fifth and Horace streets. She served as the first treasurer of the Dayton branch of the NAACP and was inducted into the Dayton Region Walk of Fame in 1996. 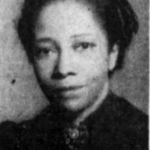 Viola Lewis Waiters served for 12 years as Executive Secretary of the West Dayton YWCA, from 1931-1943, the fourth woman to do so. When she began, the West Dayton YWCA had fewer than 200 members, and under her direction, it grew to more than 700 active members and its own committee of management by the time she retired.

Prior to her work in Dayton, she worked at YWCA Detroit and YWCA Harlem, alongside famed civil rights activist and longtime YWCA leader Dorothy Height. She was appointed president of the Dayton Unit NAACP in 1938, the first woman to hold the role. She was also a charter member of the Beta Eta Omega Chapter of Alpha Kappa Alpha Sorority. 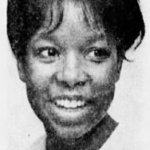 On April 8, 1970, 17-year-old Ima Jo Williams became the first teenager to be named to the YWCA Dayton Board of Directors. In her first official function as a Board member, she represented Dayton at the national YWCA convention in Houston, Texas, that same month. She worked part-time as a nurse’s aide and attended Patterson Cooperative High School. Prior to joining the Board, she served as program chairman for the Patterson Co-op Y-Teen Club and recording secretary of the inter-club council, which included delegates from 29 Y-Teen clubs throughout the Dayton area and represented about 1,300 teen members. Today, YWCA Dayton’s bylaws require at least two Board members under the age of 30 at all times.