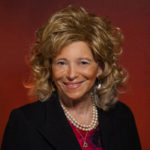 Renate Frydman, Ph.D., first embarked on her quest to battle prejudice, hatred, and racism in the 1960s, when she began speaking to students in local schools about the tragedies of the Holocaust and her family’s personal losses.

A dedicated educator, scholar, writer, and storyteller, Frydman channeled her influential words as an award-winning contributor to the Dayton Daily News for 30 years, focusing on stories of women’s empowerment and promoting justice, freedom, and dignity. After getting several inquiries from local teachers to share her story, Frydman helped train more than 100 educators in the Miami Valley in accurately teaching Holocaust history, going on to establish the Holocaust Education Committee.

She is curator and docent for the Holocaust exhibit, Prejudice and Memory, which is permanently on display at the Museum of the U.S. Air Force, and served as producer and interviewer for the video series, Faces of the Holocaust. Her book, Anschel’s Story, was published in 2017 about her late husband’s experiences as a teenager during the Holocaust. The couple also dedicated the Dayton Holocaust Resource Center, now a part of the Charles and Renate Frydman Educational Resource Center at Wright State University.

As a young child, Frydman often accompanied her mother, Carmen Appel, to YWCA Dayton for board meetings. Carmen was the first Jewish woman to serve on the YW’s Board of Directors, and Frydman became very familiar with the building, taking swimming lessons in its pool and attending International Club activities.

Frydman serves on the Dayton Art Institute Board of Trustees and has been a member of the Sinclair College Holocaust Remembrance Committee since its inception in 1986. She is chair of the Holocaust Committee of the Jewish Federation of Greater Dayton and is a member of the Federation’s board, and served on the Miami Valley School board, Dayton Public Schools Council on Character Education, and the Ohio Governor’s Council on Holocaust Education.

She is a recipient of the Dayton Art Institute’s Pamela P. Houk Award for Excellence in Education, the Women of Valor Award from Beth Abraham Sisterhood, the Outstanding Volunteer Angel Award from Wright-Patterson Air Force Base, the Humanitarian Award from the National Conference for Community and Justice, and the Torch of Liberty Award from the Anti-Defamation League. She received an Honorary Doctor of Humane Letters degree from Wright State University in 2009.

“Nothing slows Renate down, and she has never turned down a request to speak,” writes her nominator. “She is renowned for her active role in providing Holocaust education across the Miami Valley for 50 years, always linking eliminating racism, bullying, and prejudice as part of her message to any audience she speaks to, hoping to raise their awareness and create a more peaceful and respectful world.”