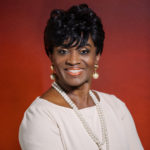 Mary McDonald is the mayor of the City of Trotwood, Ohio, and has served on its City Council since 2005. She is an entrepreneur who has served the Miami Valley for more than 38 years and has also worked with various cosmetic companies, such as Fashion Fair Cosmetics, Revlon, Flori Roberts, and many others. Her passion to serve people led her to work with cancer survivors in restorative imaging.

“McDonald is passionate about Trotwood and has ignited the City of Trotwood with new energy and a “can-do” spirit,” writes her nominator. “Her tireless work has seen $50 million in new capital investment realized throughout the city, and her leadership and vision has positioned the city as a regional leader in home ownership and financial stability.”

In her first year as mayor, economic development within the City of Trotwood experienced a dynamic resurgence due to the repurposing of many retail structures and the relocation of several major corporations to the area. McDonald initiated improvements to the city’s parks, specifically John Wolfe Park, and other recreational areas in the City of Trotwood. One of her major initiatives was the renovation of the former Trotwood Community Center, which is now home to the Trotwood Community and Cultural Arts Center. Through her efforts, the City of Trotwood has experienced several partnerships with state and federal leaders that provide positive benefits to residents.

The Better Business Bureau’s Women in Business Networking (WiBN) program recognized Mary as one of its 25 Women to Watch and most recently, McDonald was selected to be a Leadership Ohio Fellow in the Class of 2021, one of the state’s most prestigious and longest-running statewide leadership programs.