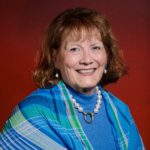 For more than four decades, Karen Dempsey Volke’s creativity and relational warmth brought untold funds and awareness to numerous Dayton-area organizations. Along the way, her mentorship and support of the next generation of female leaders has ensured that these successes continue.

As her nominator wrote, “Karen has the unique ability to see in other women, the potential and leadership qualities that they may not yet see in themselves.”

Dempsey Volke began her commitment to community service as a high school student, volunteering weekly at The Dakota Center and serving as a camp counselor at Camp Dakota, a day camp organized by television personality Phil Donahue to introduce youth from west and south Dayton to one another in a casual, natural setting. She volunteered with the Centerville-Washington Township Diversity Council, serving as public relations chair and chairing its annual Martin Luther King Jr. Breakfast, and was an active member of the Dayton Women’s Coalition, a collaboration of the Junior League of Dayton, the Women’s Division of the Jewish Federation, and the Dayton Chapter of The Links, Inc.

Her career in communications and fundraising has allowed her to raise awareness, and millions of dollars, for numerous Dayton nonprofits that support women, children, and families, including United Rehabilitation Services, Dayton Children’s Hospital, the Kettering Medical Center Foundation (KMCF), Ronald McDonald House Charities, and Clothes That Work. Dempsey Volke founded the Ribbon of Hope Society and Luncheon at KMCF to provide funds for mammography services to uninsured and under-served women in our community.

Most notably, Dempsey Volke lent her talents to YWCA Dayton, beginning as a volunteer shortly after graduating college, writing impact stories and personality profiles for the YW newsletter and designing the first brochure for its Battered Women’s Program, known today as the only domestic violence shelter in Montgomery County. A past member of the YWCA Dayton Board of Directors, Dempsey Volke served as Development Chair and chaired YW’s Women of Influence in both 2005 and 2006 before joining the staff as Director of Development, Media, and Public Relations in 2007.

Dempsey Volke has been inducted into Alter High School’s Distinguished Alumni Hall of Fame, was the recipient of the Association of Fundraising Professionals – Dayton Region Chapter’s Outstanding Fundraising Executive Award in 2009, and was named an Up and Comer in public relations and advertising by Price Waterhouse in 1990. She is a graduate of the Dayton Area Chamber of Commerce’s Leadership Dayton program, serving on its Board of Governors from 2014 to 2019. She is also a past member of Bowling Green State University’s Alumni Board of Trustees and past president of the Ohio Association for Healthcare Marketing and Public Relations and the Association of Fundraising Professionals – Dayton Region Chapter. Dempsey Volke holds a bachelor’s degree from Bowling Green State University and has been a Certified Fund Raising Executive (CFRE) since 2005.

“Karen empowers others to be the best version of themselves. She is an advocate for those who need lifting up, and weaves equity and inclusion into the fabric of who she is and the life she leads,” writes her nominator.