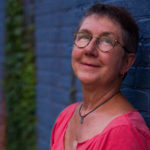 Julia Reichert has, for nearly 50 years, been an active member & builder of the American documentary filmmaking community. She is a three-time Academy Award-nominated and primetime Emmy-winning documentary filmmaker based in Dayton, Ohio. Reichert’s first film, Growing Up Female, was the first feature documentary born from the women’s liberation movement and was selected for the National Film Registry of the Library of Congress in 2011.

Reichert has focused a lens on class, gender, and race in the lives of Americans. Her second film, Union Maids, focused on women in the union movement in the 1930s, tackling issues like racism and sexual harassment at work. Her films have been official selections of the Sundance, Telluride, and New York Film Festivals, among many others. She has twice served as a juror at the Sundance Film Festival, as well as on the juries of the Full Frame Film Festival and the Nashville Film Festival, and on the selection committee for the long-running PBS series P.O.V.

“My mother is a true role model, especially for women in the arts,” said her daughter, Lela Klein. “Raised at a time when she was encouraged to be either a wife, teacher, or secretary, she blazed her own trail. I have watched her mentor several generations of film students, especially women and students of color. When I was young, the department often had no more than one or two women students. She pushed them to make their best work. She had several women students show student work at Sundance and other national festivals. Though she is undoubtedly a national leader in her field, she has always been incredibly humble, loves her home communities of Yellow Springs and Dayton, and our midwestern values. She is a women of influence in so many ways.”