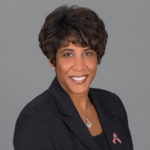 Ross’ father, Bob Ross, in 1979 became the first African-American to own a Mercedes dealership when he purchased the Mercedes and Buick dealership on Loop Road in Centerville, Ohio.

“She has always loved automobiles. She would hang around the dealership and would work in various areas,” said her nominator. “After graduating from Emory University, she became an official employee and was able to work with her father for five years before his passing in 1997.”

Jenell took over day-to-day operations at the age of 27 and became the representative of the company at various conventions and meetings held throughout the year. Of the 18,000 new car dealers in the U.S., just 5% are owned by females, and only 4 are owned by African-American females. According to the National Association of Minority Automobile Dealers, she is the only Black woman in the country who is a second-generation dealer principal. She has served as chairman of the American International Automobile Dealers Association, completed the General Motors Dealer Management Development Program, and is a graduate of the National Automobile Dealers Association Dealer Candidate Academy.

After the death of her mother – herself a 2008 Women of Influence honoree – from breast cancer, she and her daughters started the Norma J. Ross Memorial Foundation funding programs that raise breast cancer awareness, provide patient aid and research, and support local youth education.

Ross is a graduate of Emory University and Wright State University, is a member of the University of Dayton Board of Trustees, and is a chairperson for the Federal Reserve in Cincinnati.

“Jenell has two very dominant footprints: one in the business world, the other in the community,” said her nominator. “Through the years, her professionalism, intellect, grace, and style impress everyone.”