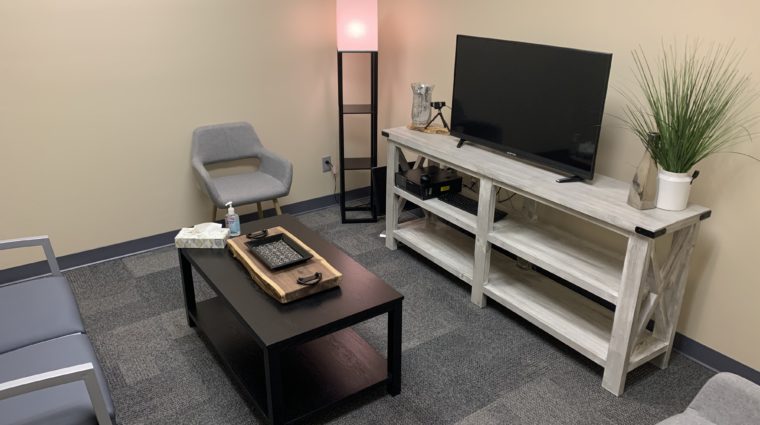 “Recovering from domestic violence can be very overwhelming, and having an advocate to help you navigate the system — which is challenging to navigate even as a professional at times — will be a tremendous asset, to have resources all in one space, so we can really collaborate to help survivors have less barriers,” said Michelle Sayer, YWCA Dayton clinical director.

Work to bring a Family Justice Center (FJC) to Dayton began about six years ago, and it is the first of its kind in the Dayton region. It is located offsite from the city’s safety building, which can be an uninviting and hectic environment for survivors recovering from trauma. In many instances, they also run the risk of crossing paths with their abusers as they move through the justice system, which can be re-traumatizing, advocates said. The FJC provides a space that is much more private and calm.

“It is a stand-alone facility, separate from the Dayton Police Department Safety Building, which will enhance the department’s support of domestic violence survivors and their families as their case goes through the justice system,” explained Cara Zinski-Neace, police information specialist. “The goal is to reduce trauma to those who have already suffered through acts of violence by having the Family Justice Center be a ‘one-stop’ location. The FJC is a family friendly, child friendly environment that allows detectives to investigate DV/IPV cases and offer needed resources to victims.”

The Family Justice Center received financial support from Spectrum Cable, which donated funds for video conferencing capabilities, and the Drug Enforcement Administration, which donated to have a mural painted in the children’s area honoring fallen DEA Task Force Officer and Dayton Detective Jorge Del Rio. A second mural, in the Center’s waiting area, was designed and painted through K12 Gallery & TEJAS. The Center will accommodate victims of felony crimes to start, with an expansion to support victims of misdemeanor crimes in the future.

During the COVID-19 pandemic, ensuring resources are readied and easily accessible for survivors is even more critical, staff said. Dayton Police Sgt. Roberta Bailey noted that while domestic violence reports increased in March and April of 2020, they have decreased since then. The isolation that a pandemic necessitates can add an additional barriers for survivors who are quarantined with their abusers, Sayer noted.

“Isolation is very dangerous for survivors in many ways. There are many people who have even less contact than before with family, friends, or coworkers, and thus no one to notice that they are suffering in silence and behind closed doors. There is also more financial uncertainty and anxiety around leaving home that might be preventing some from reaching out or reporting the abuse,” Sayer said. “Similar to what law enforcement are seeing, we experienced a slight increase in calls to our crisis hotline in March, but then call volume decreased. At the same time, caller lethality – the likelihood of the situation to cause death – has increased dramatically, with nearly 5 times as many callers reporting an immediate safety concern. That has held steady now since April.”

Dayton’s Family Justice Center is modeled after similar Centers in other Ohio cities. In those localities, Bailey said, they have seen a decrease in both domestic violence rates and domestic violence-related homicides.

“I would encourage survivors to reach out and know that engaging with YWCA, there’s always going to be someone who cares to help you through the process, with full support and non-judgmental approaches about any situation that you have or decisions that you’ve made, to help you know your options,” Sayer said.

If you, or someone you know, is experiencing domestic violence, YWCA Dayton can help: 24/7 Crisis Hotline: 937-222-SAFE