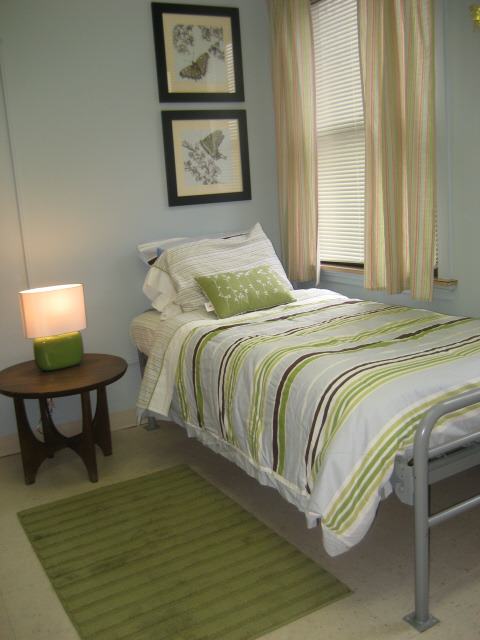 “Scream quietly or the neighbors will hear.”

When YWCA Dayton launched its Battered Woman Project in 1977, “scream quietly” was the most frequent advice given to women in abusive relationships. But YW knew there was a better solution to keeping women safe.

That year, the FBI reported that intimate partner violence was the USA’s most frequent, yet least reported, crime. Estimates were that women were assaulted five times for each case of abuse reported to the police; a national hospital report stated that 70 percent of assault victims in emergency rooms were women who had been attacked at home. The Dayton Police Department in 1976 received nearly 9,000 family disturbance calls, most involving husband-wife violence – although “wife abuse” was not an official category on police reports, court rosters, or hospital files.

In 1976, YWCA USA added a new public policy issue at its annual convention recognizing the needs of battered women and their children; at the same time, a study by an ad hoc committee of the Ohio Council of YWCAs concluded that “the battering of females by their spouses is a serious and neglected problem. We urge local YWCAs to develop havens for abused women and their children.”

YWCA Dayton’s first domestic violence shelter, opened on July 18, 1977, became one of the first such havens in the country. It was one of the first 25 such shelters to open across the U.S. and the second opened by a YWCA. It remains the only emergency shelter for survivors fleeing abuse in Montgomery County.

While much has changed in the past 43 years — especially our knowledge of and language around intimate-partner violence and trauma-informed care — the mission of YW’s shelter remains steadfast. From our 1977 pamphlet: “It provides a temporary escape from the abusive home, a supportive atmosphere, emergency medical aid, food, and referral to other community agencies offering family counseling, job training, and legal aid. The goal of the program is to help the battered woman become self-reliant.”

Today, YWCA USA is the single largest provider of domestic violence shelters and services in the nation. More than 1 million connections are made with YWCAs annually for sexual assault, domestic violence, and community-based safety services.