HomeCelebrating 40 years of dedication to Team YWCA
A- A A+ 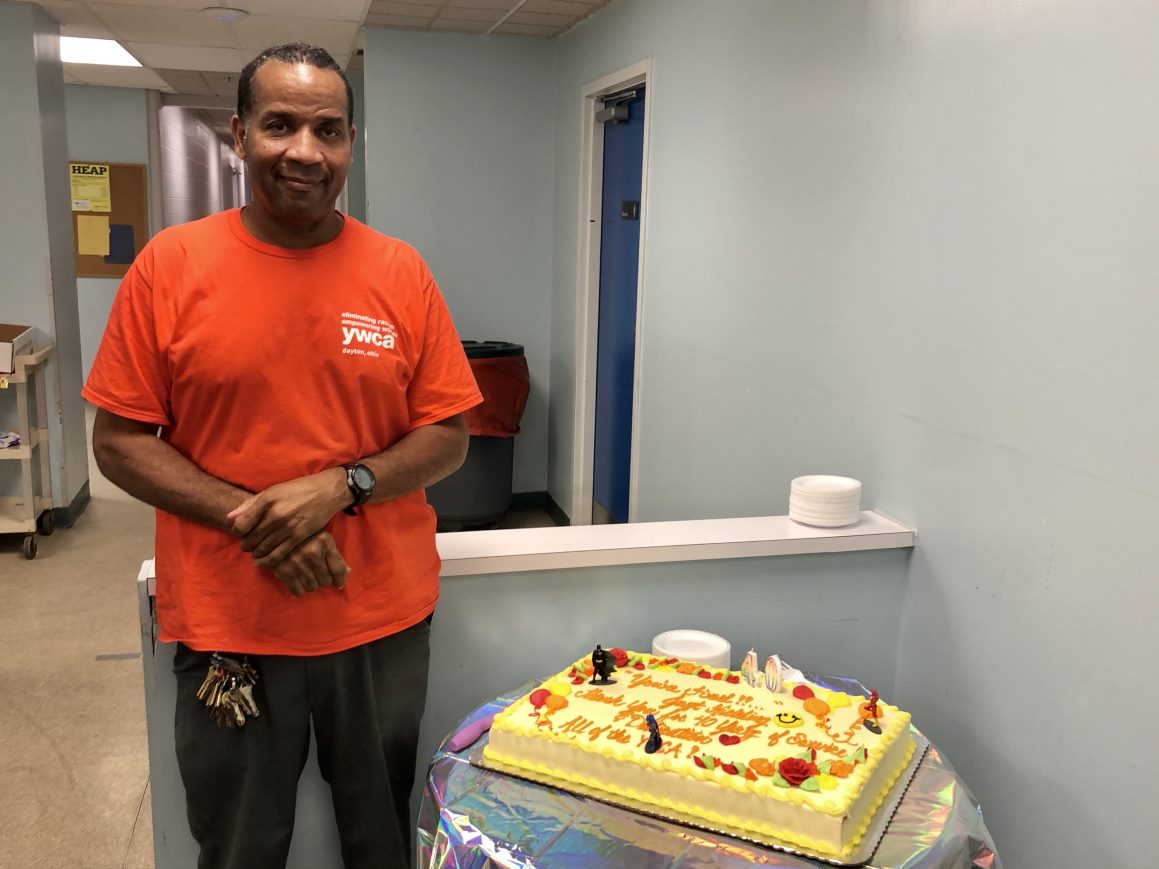 In the past four decades, Bill Duerson – known to Team YWCA as “Mr. Bill” – has seen a lot of transformation as senior maintenance assistant at YWCA Dayton. What hasn’t changed, though, is his dedication to YW.

“I like the job mostly because of the people – it’s good people that work here,” said Duerson, who first became a YWCA Dayton employee on July 6, 1981.

According to the Bureau of Labor Statistics, the median number of years that wage and salary workers have worked for their current employer is currently 4.6 years, making Duerson’s commitment even more pronounced.

He has helped oversee building and facilities maintenance needs through multiple construction projects and expansions, including renovations to YW’s historic central building in the early 1990s and late 2010s and its growth in Preble County and Huber Heights. From knowing which doors have a tendency to stick to responding after-hours to plumbing emergencies, Duerson has performed his role with steadiness, dependability, and a sense of humor.

“I must have started this job when I was 8,” Duerson joked while sporting his trademark grin. As Shannon Isom, president and CEO, put it: “Bill’s level of dedication is just not seen anymore, and it is both missed and refreshing when you experience an employee so committed to an organization and a mission that is above self. Plus – he is the most appreciative employee whenever I bring in donuts.”

Others share the same sentiment. On Duerson’s 40th anniversary, the congratulations and memories poured in from current and former staff, clients, residents, and community partners.

“Congrats, Bill! You haven’t changed from when I worked there nearly 20 years ago,” said one former employee, while another added: “You look as young as when I worked at YW in 1996!”

When asked about his favorite part of the job, Duerson had to mention driving the branded company van (known affectionately as the Y-Dub Wagon), but ultimately highlighted another aspect.

“It’s always been a good place to work, with friendly people,” Duerson said of his colleagues. “I consider this my family.”