HomeBeavercreek students help survivors, assemble aftercare kits
A- A A+ 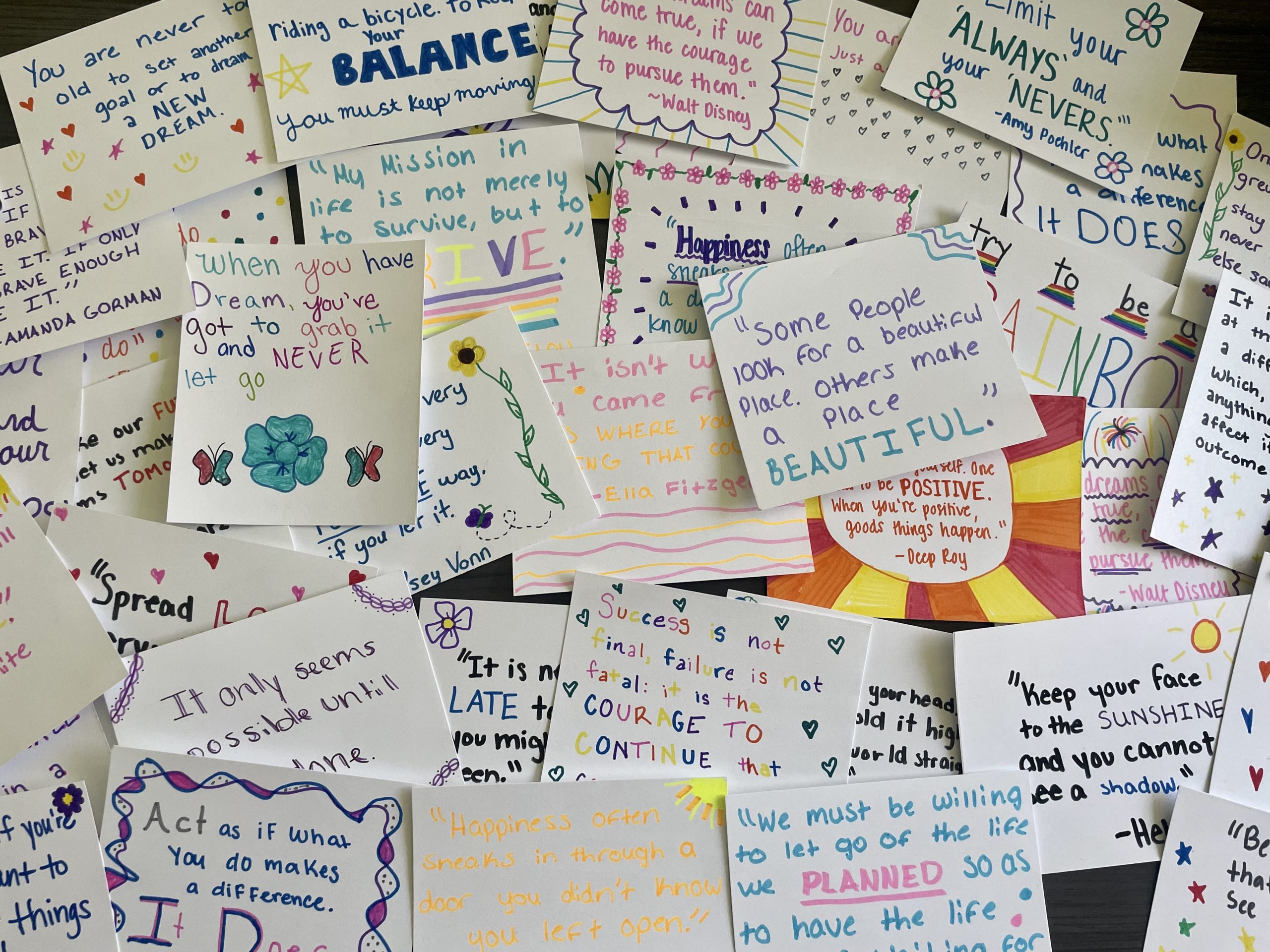 A group of Beavercreek students came together to support local survivors of sexual violence, putting together care packages to help survivors in the after math.

After reporting a sexual assault, many survivors will receive a forensic exam. The exam is intense and can re-traumatize. After going to the hospital for an exam (also known as a rape kit), their clothes and other personal items are often kept as evidence. They haven’t been able to shower, brush their teeth or wash their hair.

To ensure survivors leave the hospital with dignity, forensic nurses or advocates can provide aftercare kits with practical and supportive items, which is what three classes at Jacob Coy Middle School assembled for the YWCA Dayton’s Center for Survivors of Sexual Violence.

Around 75 students put together aftercare bags for survivors of sexual violence, with items like clothes, hygiene products, a teddy bear or stress ball, a journal and pen, and handwritten notecards with positive affirmations.

The project also was an opportunity for the middle school students to learn, acknowledge and educate themselves about survivors — both men and women. In putting these bags together piece by piece, the students were able to notice what items are included, and use the experience to ask questions and learn what happens in forensic exams.

The service project was organized by teachers Sarah Hankins, and Stephen Moore and Natasha Nuttbrock.

Nuttbrock, 7th grade math teacher, said the school often does events and fundraisers, but this project had a particularly strong impact because it was hands on.

“I don’t think I realized how big of an impact that was going to have until that day,” she said.

“They are at such a crucial developmental age, so to be able to give them this message was important. The students took the project very seriously and learned a lot in the process,” said Amy Dudley, director of the YWCA Dayton’s Center for Survivors of Sexual Violence.

The bags are meant to provide survivors with the care and respect they deserve, as well as preserve their dignity.  The YWCA Dayton’s Center for Survivors of Sexual Violence staff take a bag with them to hospitals, and also have distributed these bags to colleges, the Montgomery County Prosecutor’s Office, human trafficking task forces, and other law enforcement partnerships.

Nuttbrock said more students were interested in getting involved in the effort and they’d like to participate in helping with aftercare bags again.

“We’d love to take this to a bigger level next year,” Nuttbrock said.

If you, or someone you know, has experienced sexual violence, YWCA Dayton can help. 24/7 Crisis Hotline: 937-222-SAFE