HomeAreas of opportunity
A- A A+ 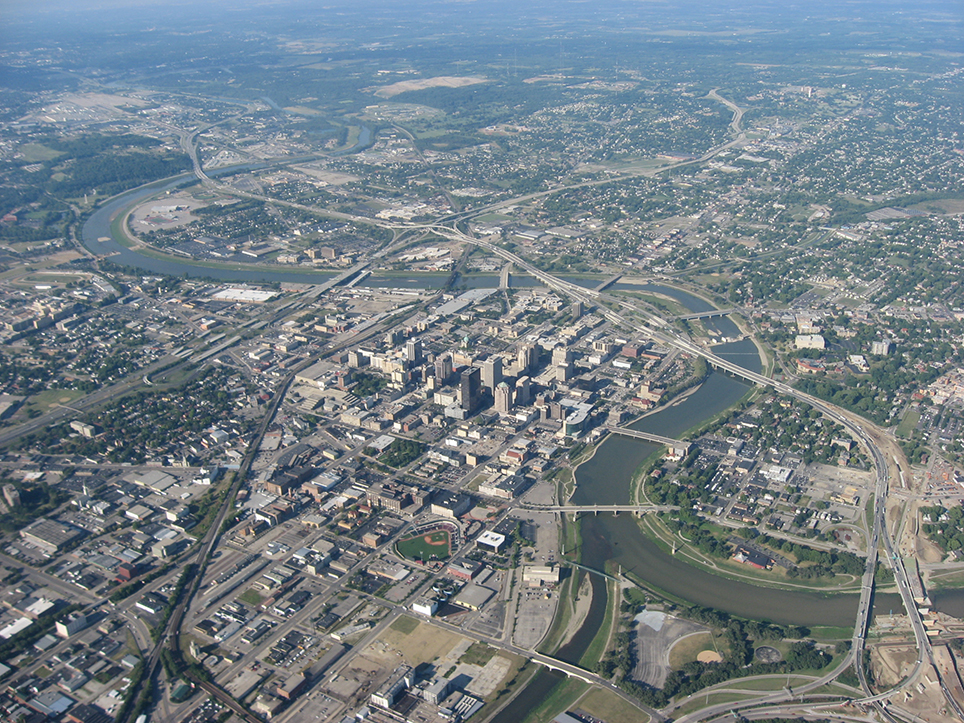 This essay is part of our 21-Day Racial Equity and Social Justice Challenge during Week 2: Segregated Systems. It is written by Amaha Sellassie, associate professor of sociology and director of the Center for Applied Social Issues at Sinclair College.

He is the former chair of the Dayton Human Relations Council board and co-founder of West Dayton Strong, an after-school/summer program in DeSoto Bass public housing. He is also co-founder and board chair of the Gem City Market, a food co-op dedicated to increasing access to fresh fruits and vegetables within west Dayton. Currently, Sellassie is working towards his Ph.D. in sociology at University of Cincinnati with an emphasis on utilizing community-based participatory research toward emerging equity and community transformation.

When we think of segregation, what often comes to mind is a separation of people by the socially constructed notion of race.  On the surface, residential segregation is simply just people living in different places with no other significance.  But with a deeper analysis looking at the structural level of how institutions, organizations, and resources are organized, residential segregation is also the institutional apparatus, framework, and lynch-pin of the system of racial hierarchy, impacting a community’s quality of life based on race and ZIP code.

Residential segregation is a form of institutional racism because it creates areas of concentrated advantage or disadvantage based upon race.

The Miami Valley region is a perfect example of this phenomenon.  While there are people of all races scattered throughout the Miami Valley, the highest concentration of Blacks in the entire region is in west Dayton. This is significant because the Miami Valley Regional Planning Commission (MVRPC) recently did a study looking at access to transportation, education, unemployment and poverty (among other variables) to measure the levels of opportunity in our region. They defined opportunity as the resources and assets required in order to achieve success.

Dayton is approximately the 14th most segregated city in America, a condition known as hyper-segregation.

The Great Miami River is the dividing marker, with roughly 98% of Blacks residing on the west side of Dayton and approximately 94% of whites (along with a smaller number of Turkish, Hispanic and African refugees) residing on the east side. A report measuring opportunity released by Montgomery County Public Health found that opportunity was also distributed by the river, with 58% of the total Black population in Dayton living in areas deemed low or very low opportunity. Conversely, almost two-thirds (64%) of the total White population live in communities of high or very high opportunity.

Why does this matter? The concentrated disadvantage stemming from hyper-segregation emerges as an interdependent and interconnected web of concentrated poverty, unemployment, underperforming schools, crime, incarceration, violence, and declining financial investment in neighborhoods, which work together as structural barriers limiting the residents’ choices of escaping poverty. Hyper-segregation is structural violence: the way segregation arranges resources in the community literally inflicts harm on residents, including lower life expectancy, higher infant mortality, and decreased access to fresh fruits and vegetables.

Structural violence is the avoidable gap between what can be done and what is being done on a policy level to embed opportunity in every community.

One example of how these barriers intersect would be access to food. In west Dayton, there is only one primary full-service grocery store for over 45,000 residents. If someone doesn’t have a car, it takes two bus rides each way to get to and from the grocery store, which takes approximately three hours in travel time. If this amount of travel time is unfeasible, the main substitute is the corner store or a dollar store. These stores don’t contain fresh fruits and vegetables but do have an overabundance of products with high levels of sodium and high fructose corn syrup, a condition known as a food swamp. The result is higher levels of obesity, diabetes, and other health-related issues. For youth, there is an extra barrier: if they don’t get proper nutrition, it impedes their development and ability to concentrate in school, which then impacts their educational success.  The cumulative effect is a decreased likelihood of escaping the cycle of poverty.

Segregation builds deprivation into the socioeconomic environment. It’s important to note that segregated spaces are not inherently advantaged or disadvantaged, for this would assume there is a biological distinction between races.  Rather, it’s how Whiteness is constructed as superior, therefore, white spaces have historically been given preference. The result of this preference is sustained disinvestment in primarily African-American or non-white communities, which over time, creates pockets of concentrated disadvantage.

It is the underlying assumptions about race that concentrates resources, not the difference of skin color itself.

If we are truly to emerge as a community where everyone, regardless of where they live, has access to the resources and opportunities that can improve their quality of life and allow them to live to their fullest potential, it will take honest conversations about race, its impact, and the political will to generate opportunity structures in that have experienced decades of disinvestment.