Announcing our 2020 Women of Influence

HomeAnnouncing our 2020 Women of Influence
A- A A+ 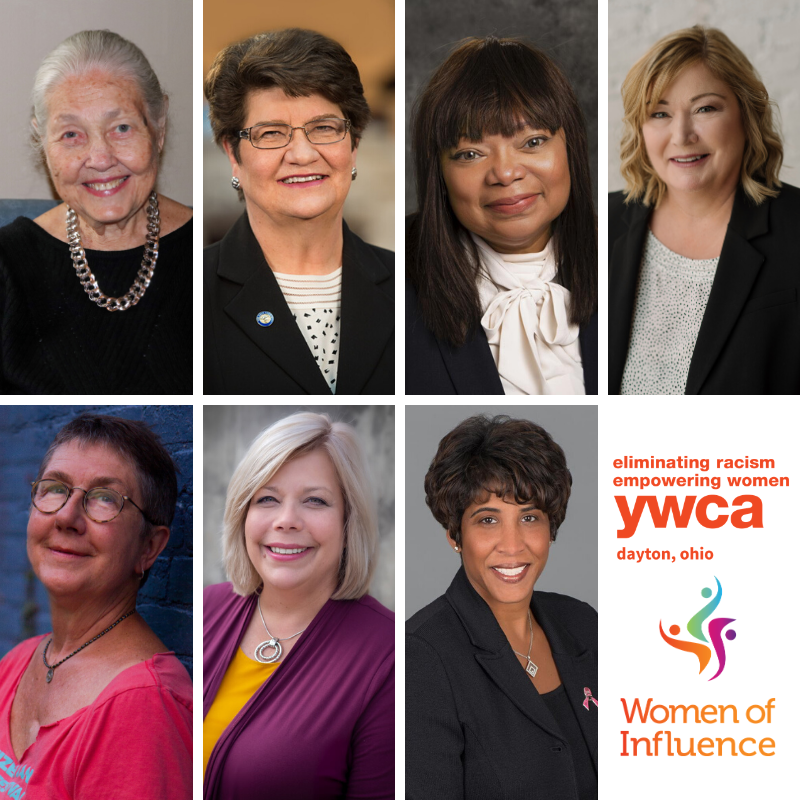 YWCA Dayton will honor seven women during its 2020 Women of Influence awards luncheon on March 12, 2020, 11:30 a.m. to 1 p.m., at the Dayton Convention Center. This year marks the 23rd anniversary of the award; with an average attendance of 800, it is known as the largest nonprofit luncheon in Dayton.

Since 1998, the YWCA Dayton WOI Awards have recognized and honored more than 165 influential women in the Dayton area, visionaries and thought leaders who have made a difference in our community through their dedication to the YWCA mission of empowering women, eliminating racism, and promoting peace, justice, freedom, and dignity for all.

Honorees in the Women of Influence Class of 2020 are:

Additionally, Jenell Ross will be honored with the 2020 Lifetime Achievement Award. Ross is president of Bob Ross Auto Group in Centerville, Ohio, the first African-American owned Mercedes-Benz Dealership in the world and the only one owned by an African-American woman. She is the only second-generation African-American female automobile dealer in the country. Ross was first honored as a Women of Influence honoree in 2012.

Honorees were selected from a pool of more than 130 nominations by YWCA leadership and the volunteer WOI Committee, led this year by Chair Belinda Matthews Stenson, director, Minority Business Partnership of the Dayton Area Chamber of Commerce, and Co-Chair Diane Pleiman, president, Premier Health Physician Network.

“We stand in awe of these women. They are thought leaders, innovators, literal care givers. They make our community stronger by sharing those gifts to break down barriers and help the most vulnerable among us thrive. That is the mission work YWCA Dayton has done for 149 years, and we are honored to lift up these women in pursuit of that vision.

“This year’s class represents not only women who have blazed new trails in their personal and professional lives, influencing our city and region for decades before and those to come, but they also represent a significant milestone: these honorees will be recognized as Women of Influence during YWCA Dayton’s 150th anniversary year.”

The Women of Influence luncheon serves as YWCA Dayton’s largest fundraiser. Sponsorship opportunities, program advertising, and table and ticket purchase information are available at www.ywcadayton.org/woi20. See a list of past Honorees HERE.

You can follow the conversation on social media using hashtag #DaytonWOI.